INFLATION has hit Americans in every aspect of spending, but eating on the go is still going strong despite rising costs.

At fast-food restaurants, the popularity of french fries has turned the side staple into a main menu item, at times, costing just as much.

The price of food has been on the rise for 17 months straight, according to the US Bureau of Labor Statistics.

With the growth of the fast-food industry, frozen french fries lead the way when it comes to processed potato products.

More than one-third of all potatoes grown in the United States are manufactured into frozen products, according to research by the US Department of Agriculture. 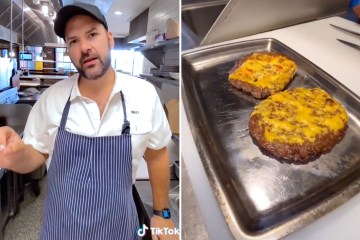 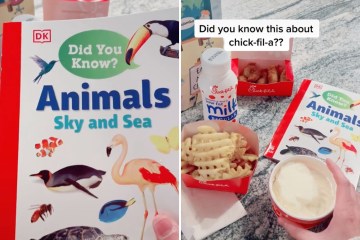 Not every fry is made the same: shoestring, thick, thin, waffle-cut or crinkle. The options are endless.

The Sun spent one lunchtime tasting some famous fries to see which fast food restaurant gave you the most bang for your buck, and which underfilled their portions.

It’s a small snapshot of the endless options available across America.

Below’s what we found.

The popularity surrounding this fast-food chain was evident the moment I walked inside.

The line was long and the place was packed with people enjoying their burgers and fries.

I don’t frequent Five Guys. The only other time I ate at one was years ago in Carmel, Indiana.

True to the fact that pricing varies by location, I was surprised to see the cost of french fries astronomically high at this New York City location, right in the heart of Times Square – tourist-central.

Five Guys fries came in as the most expensive and it underdelivered in weight, in our unscientific comparison.

Large fries cost $1.80 less than the price of its hamburger.

The “little” size was the lightest and most expensive in that size category, out of the four fast-food chains we visited.

The “large” size was the most expensive of all the fries we bought that day.

The Sun reached out to Five Guys for comment and it did not respond.

Kentucky Fried Chicken (KFC) ranked a bit better than Five Guys – but it was still ranked low in our unscientific survey.

Naturally, KFC is known for its chicken but aside from mashed potatoes, which is the chain’s best-selling side, you can get french fries.

A KFC spokesperson told The Sun: “In 2019 we tested KFC Secret Recipe Fries with ‘secret recipe’ seasoning that perfectly complements our world-famous fried chicken and an extra thick cut that helps the fries remain crisp –  and customer feedback was overwhelmingly positive.”

“Based on the successful test, we added KFC Secret Recipe Fries to the permanent menu in July 2020.”

The Sun learned KFC only has two sizing options: individual and large.

The large size had barely enough fries to fill the container.

KFC told The Sun team members use a fry scoop to assist in filling the boxes properly based on the volume of the package.

We weighed the fries to see how much “potato” I received.

KFC’s large size fries topped the weight test among all the french fries we bought.

Still, it was not worth my money. I’ll stick with its mashed potatoes.

Burger King doesn’t seem to have a good reputation when it comes to french fries. People either love it or not.

The fast-food chain has gone through its share of french fry recipes.

Search the internet and you’ll find stories and opinions of all sorts on Burger King french fries.

Throughout the decades, the Home of the Whopper has tweaked its recipe.

Then, came along a thicker fry with less sodium.

It also marketed a healthier fry with fewer calories.

I tried the BK fries and they were tasty and crisp.

The large size wasn’t overwhelmingly filled compared to its container.

I would avoid paying for a large size.

A Burger King spokesperson told The Sun: “The process for filling fry cartons/bags is the same, regardless of size – a tapered scoop is used to funnel fries into the container until filled.”

There was a weight difference between sizes which was comparable to the price you’re paying for each size.

When it came to its french fry recipe, Burger King offered no comment.

There are many opinions about McDonald’s french fries.

If you prefer your fries thin and crispy, you’ve come to the right place. Now, that’s not to say you won’t get a soggy one stuck in there.

“McDonald’s World Famous Fries” is even trademarked by the global chain.

French fries have been on McD’s menu since 1955 when restaurant crews had to hand-cut potatoes in the store.

McDonald’s french fries are lighter than its competitors.

If you love their fries, you may feel any size is worth the cost, but the large was impressive.

The texture and consistency of McDonald’s fries are what makes its french fries unique compared to its competitors.

A McDonald’s spokesperson told The Sun: “The process we use to cook our fries in-restaurant is very well defined – everything from the cook time to the amount of salt is carefully measured, so they always taste hot and delicious.”

McDonald’s french fries were my favorite: not too thick and not at all greasy. My batch had just the right amount of salt, not too much.

There was an unfortunate consistency when it came to ordering a large side of french fries.

The containers were bigger but we didn’t receive a full package, which was disappointing considering what we paid.

It appeared the best bet was to go with a small or medium sized portion, depending on how much you would like with your meal.

We purchased all the fries off the regular menu. Some places offer special deals from a lower priced menu, which is the way to go.

You will also save money if you order your french fries as part of a combo or bundle, if you’re looking to have a soft drink.

The Sun has more on Burger King being sued over claims its Whoppers aren’t up to size.

Plus, how Instacart is making a tipping change for customers.

the arts of razaris

3 weeks ago Felicia Martinez
We use cookies on our website to give you the most relevant experience by remembering your preferences and repeat visits. By clicking “Accept All”, you consent to the use of ALL the cookies. However, you may visit "Cookie Settings" to provide a controlled consent.
Cookie SettingsAccept All
Manage consent